Duik 16 will be called Bassel

16 will stay the version number of Duik, but, at Rainbox, we wanted to drop this number and give it a name, because this is not just an increment of Duik’s version number, it’s been a complete re-writing of the code, everything has been re-thought and re-built for this version.

So we’re going to show this by giving it a name.

Duik 16 will be called Duik Bassel. 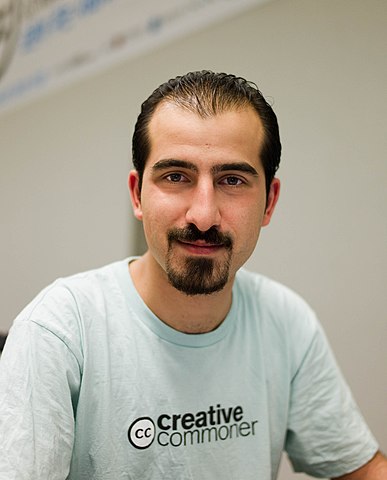 Bassel has been chosen after Bassel Khartabil Safadi.

We wanted to use this opportunity to say something, to choose a name with an important meaning.

Bassel Khartabil Safadi was a Syrian developer. He was very invested in promoting and developing Free Software, and contributed (amongst a lot of other things) to Firefox and Wikipedia, because he believed, as we do, that free (as in freedom) software have something to do to improve our world.

When the uprising began in Syria in 2011, Bassel showed to the people how it was important to hide their online conversations and how they could use secured software to communicate and avoid repression from the government.

Although he was hit in the hand by a sniper bullet near a protest in Damas, even being terrified, he chose to stay in Syria. He could have flown away, but he thought his country needed him to stay.

He was not particularly politically involved, but his voice, and his foreign connexions (he studied in Latvia, and attended some conferences in Lebanon, Poland, where he met other developers, he invited Mitchell Baker and “Joi” Ito in Damas…) could not be accepted by the Syrian regime.

He was arrested in 2012, first imprisoned in a military prison, where he was tortured, and he disappeared in 2015. It was only in August 2017 that the Syrian government acknowledged that he died in prison, at the age of 36.

Duik will be named after him.

From here you can search these documents. Enter your search terms below.